The importance of body image remains true among women, even in the 21st century. Whether it’s due to one’s facial features, breasts, weight, or even one’s choice of clothes, it continues to plague women worldwide. These self-esteem concerns can lead to deeper mental and social issues. Thus, having popular figures that provide a good basis to emulate remains relevant today. One of the better icons of fashion, image, and self-empowerment: The Spice Girls!

It may sound funny, but the Spice Girls are timeless icons for women, young and old. And each member brings a different perspective to the table. Whether it’s a message in their music, their different body types, or their fashion sense, you can learn a lot from the “Girl Power” figureheads. Let’s take a closer look!

Who Are The Spice Girls?

It was 1996, the height of boy bands, bubblegum pop, grunge, and neon-colored clothes. That was the year “Wannabe” was released and received massive airtime on MTV (when MTV still showed “music videos”). That was the introduction to Baby (Emma Bunton), Ginger (Geri Halliwell), Posh (Victoria Adams Beckham), Scary (Melanie Brown aka Mel B.), and Sporty (Melanie Chisholm aka Mel C.), collectively known as the Spice Girls. 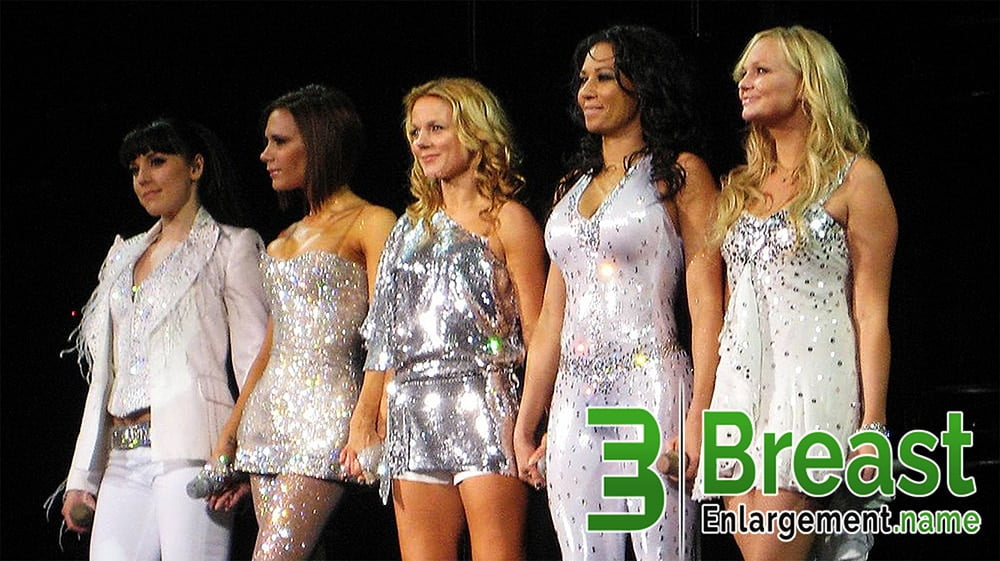 Little did anyone know at the time that the girl group formed in 1994 would become a worldwide phenomenon. While the song “Wannabe” itself is typical of the pop music of the era, it was the image the group projected and represented that truly became their trademark. Granted, their debut album sold 23 million copies, making it the bestselling album of a girl group for all time. But that was not due to their talent alone.

In fact, it can be argued that their true significance and legacy is how they were “packaged.” This is a marketing term in reference to the presentation of celebrities to the marketplace. Beyond that, their massive appeal in both media and society is truly impressive. Indeed, teenagers and young women of the time were greatly influenced by them.

There were groups of young women who adored the Spice Girls, following their fashion and emulating their looks. Some even had cosmetic and breast enhancement surgeries to get the look to match! Was this excessive? Perhaps. But what is interesting is how the Spice Girls’ lifestyles, history, and current status can lead to smarter choices with regard to self-improvement and deciding on breast enlargement surgery.

What Can You Learn from The Spice Girls?

It’s quite easy to pass off the group as just a passing fad. And yet, their established looks and image continue to influence women decades later. And it’s not limited to just the outer looks. Their lifestyle choices have had a significant influence on their fans and supporters. Here are the most notable points to consider about the Spice Girls’ influence.

Take Care of Your Body

After decades, the Spice Girls have impressively retained their gorgeous looks. Baby Spice and Sporty Spice attribute much of their beauty regimen to clean living and an active lifestyle. Famously, Ginger Spice made a transformation into an athletic build, following her departure from the group for a solo career.

On the other hand, Posh and Scary Spice have admitted to cosmetic enhancements (notably the breasts) which they later had removed. Both have admitted to receiving pressure in their social circles and for career advancement to go under the knife. But this is at the cost of potential health issues later in life.

This is why we at Breastenlargement.name promote alternatives to invasive surgery. You can achieve breast enlargement goals more naturally and in healthier ways. Taking care of your body through exercises like yoga is just one of them! If rich and famous celebrities such as Baby, Sporty, and Ginger can choose healthier lifestyles to take care of their bodies and breasts, so can you!

Create Your Own Fashion Sense

As mentioned earlier, the Spice Girls went beyond being music icons. They were fashion icons as well. The interesting thing about them in this regard is how each member has different styles.

Posh Spice became very prominent for her signature chic attire and accessories. On the other hand, Sporty Spice built her looks based on activewear. She would have been a hit today with Instagram influencers! And then there are Ginger and Scary Spice who both mixed up their clothing in unorthodox ways. And finally, Baby Spice stuck to typical cutesy attire, yet how she carried herself just works.

The key takeaway here is that you can create your own fashion sense. You don’t have to strictly follow what’s “in.” Create your own identity!

Going Solo Can Be Empowering

The group’s debut had a huge impact, but almost as big was the exit of Ginger Spice during the height of their popularity. The action might have seemed unwise to many, but she did alright for her own career. Many women still find getting out of the safety of their social circles to be uncomfortable, even unthinkable. But that shouldn’t be the case. You can go on your own way and make your mark!

Having a Clique is Great

Yes, going your own way is good. But that does not necessarily mean being identified as part of a group is a bad thing. Quite the contrary, if the Spice Girls taught us anything, it’s that by being part of a group of unique individuals you can accomplish great things.

Going back to the decision Posh and Scary made of having their breast implants removed, a huge part of the reason is the support from their Spice Girls sisters. That kind of support is important, not only for deciding to put their health and future as the priority. It’s also an essential coping mechanism after the fact.

Respect, friendship, and unity of purpose can change the world!

The 1990s was an era of massive social changes. It was likely the point in time when men and women started to break free from image stereotypes. While such stereotypes still exist, the progress has grown by leaps and bounds since then. The Spice Girls are the epitome of that revolutionary era that remains relevant today. Through their music, fashion, and individual image, they helped pave the current age where women can be whoever they want to be. You can, too!

So which image icon do you admire and emulate? Let us know in the comments! And for more news, advice, information, and tips on beauty, breast enhancement and health, and female empowerment, keep tuning in to Breastenlargement.name!