Beauty is one of the most important topics here at Breastenlargement.name. We are dedicated to exploring it thoroughly. It is easy to dismiss it as a superficial point. But it is far more important than you think. Just think: what would the world be like if beauty was a non-factor? Everything would be dull and joyless. There would be no art. And that is where the rationale for things like tattoos, specifically breast tattoos, stems from.

Breast Tattoos have been around virtually as long as the practice of tattooing itself. The earliest recorded historical tattoos were from the Neolithic age. However, actual physical specimens date the oldest tattoos to be about 3500 BC or so. Suffice it to say, tattooing has been around nearly as long as human civilization.

Tattooing is generally recognized to have originated in the Austronesian region. These include people from the Aborigine, Polynesian, and Malay Islanders, among others. Later evidence shows that the practice would be adopted by other African, Asian, and European regional people. Examples include those from Egypt, China, and Scandinavian areas. This would then later spread to other places as the centuries went by. 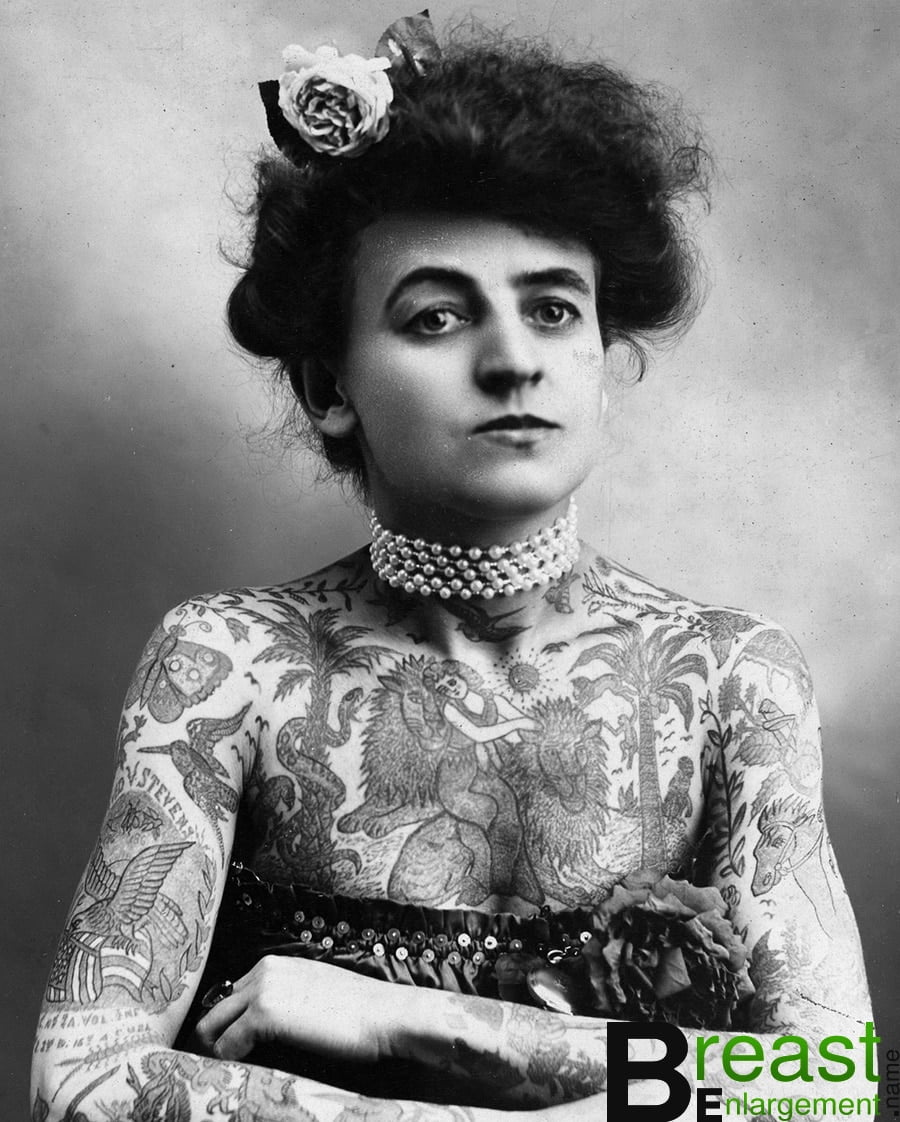 Both men and women practiced applying tattoos. In general, it is attributed to a form of ritual, often of cultural or religious purpose. For instance, warriors would often be “rewarded” with tattoos to identify them as veterans. On the other hand, some religious leaders like shaman had tattoos to indicate their position in a tribe.

Eventually, tattoos became a form of status symbols. The number and the complexity of tattoos that one has would often indicate their position in society. By extension, individuals who received certain specific tattoos would be considered more attractive. It is a form of indicating uniqueness.

There is no way to tell for sure when or how it was decided which body parts would be chosen for tattoos. However, it is fairly clear that the upper torso receives the most attention for tattoos. The upper arms, forearms, the neck, and the chest area are the most common “canvasses” for this purpose.

With some indigenous people, the number of tattoos to be found on the body is indicative of their social status. So it is no surprise that a person within these societies with multiple tattoos would be considered more attractive. A modern equivalent would be like wearing jewelry or “branded” clothing.

The practice of tattooing the body found a resurgence in the 20th century. The decorative art form on the body had gained public awareness and interest. Although there had been some reluctance due to the more reserved way of life in the early years and it was often considered as deviant behavior. The fact that it was commonly associated with prisoners and convicts did not help matters any.

However, the latter half of the century saw it receiving more recognition. Today, tattoos on the body are accepted as a form of beautification and self-expression. It’s true that it still has a connotation with rebellion. However, having tattoos is no longer a stigma.

The upper torso provides the largest medium for tattoos to be placed on. So the chest and the breasts are naturally given a particular attention. Thus, it is only logical that this extends to having the breasts as a prime choice for having tattoos drawn on them.

Beyond self-expression and beauty, there can be other reasons for getting breast tattoos. One of the more recent trends is to have the nipples tattooed after a mastectomy. It can be due to prevention or treatment of breast cancer. A mastectomy can sometimes leave the patient with a sense of depression. Having the tattoo can be therapeutic.

Considerations Before Getting Breast Tattoos

Tattoos are non-invasive. They are quite literally only “skin deep”. However, the breast area is quite sensitive. This should be taken into consideration before deciding to have tattoos on them. Tattoos can be quite painful, especially for those with low pain tolerances.

Here is another point to consider. Not every person has the same skin type. Some people will have more sensitive skin. Others will have particular allergic reactions. And others may develop keloids. This is due to the body reacting to the scarring, no matter how light it is. Thus, it is recommended that you should consult a physician. Do this prior to having a breast tattoo procedure done.

Getting a breast tattoo can be empowering. It allows you to express your personal idea of beauty. Whether you want a rose or a butterfly, or if it is to emulate the lost nipples from a breast cancer surgery, breast tattoos have a lasting and important place in society. But make sure to make an informed choice before making your decision.

We will further explore the possibilities of breast tattoos in the future. One such area is the emerging technology of 3D printed versions. Keep abreast of more news, advice, and information here at Breastenlargement.name!